Do not judge English Premier League referee Andre Marriner. After all, He is only human.
But Saturday’s embarrassing little incident of mistaken identity reminded us all a little bit too much of The Keystone Cops or Hitchcock classics like North by Northwest or The Wrong Man.
Despite its over-hyped build-up, the London derby between Chelsea and Arsenal unraveled quickly with the Gunners giving up two quick goals.
But as the Blues pushed for a third, then came the now infamous early first-half incident which television commentators described as “bizarre” and “incredible”.
To add to the level of madness, Alex Oxlade-Chamberlain had just made what could have also gone down as one of the greatest saves in the English Premier League this season.
His diving finger-tipped stop was brilliant, the only problem: Oxlade-Chamberlain is not a goalkeeper but an attacking midfielder.
Then came the shocker. Marriner mistakenly flashed red at Keiran Gibbs instead of Oxlade-Chamberlain, pointing his teammate to the tunnel.
Marriner’s latest mental-snafu could go down as one of the greatest referee bloopers since countryman Graham Poll issued three yellow cards to Croatia’s Josip Simunic at the 2006 World Cup.
Most observers, including Arsenal coach Arsene Wenger, looked on at Marriner in disbelief as Hazard lined up to take his penalty.
What had just happened became bigger than the game itself - which in the end was a 6-0 blowout win for Chelsea.
After the match England’s football pundits were having a field day with the incident as this Youtube post clearly indicates:

Immediately following the final whistle, there were some who came to the defense of Marriner calling for understanding and compassion.
Enter The Special One.
Chelsea manager Jose Mourinho told The Independent after the match that Marriner’s mistake is understandable.

“From the bench you couldn’t say which player (was guilty),” Mourinho said. “My assistant said [Mikel] Arteta, one said Chamberlain. This is the kind of mistake every manager accepts. You feel he didn’t see it. The second official on that side couldn’t help him make the right decision.”

Please Jose save your patronage for another time, we all know how you would have reacted had the shoe been on the other foot. Storming the field perhaps?
To his credit, Marinner quickly issued an apology for his mistake only hours after the match.

“Andre is an experienced referee and is obviously disappointed that an error of mistaken identity was made in this case,” the group that represents EPL referees, the Professional Game Match Officials said in a statement. “Incidents of mistaken identity are very rare and are often the result of a number of different technical factors.
“Whilst this was a difficult decision Andre is disappointed that he failed to identify the correct player. He expressed his disappointment to Arsenal when he was made aware of the issue.”

But the damage was too deep to erase.
Despite owning up to his mistake, Marriner was savaged on Twitter by hardcore football fans and casual observers as the jokes and e-mails were coming fast and furiously by late Saturday.

In a decision on Monday The Football Association announced it had rescinded the Gibbs’ red card and given Oxlade-Chamberlain a reduced penalty. Marriner - although scheduled to officiate in Saturday’s Newscastle vs Southampton game - will be investigated by an FA panel for his mistake.
I’m glad I had the benefit of watching this latest example of English Premier League refereeing brilliance on TVO so I could dissect each moment of this classic disconnect. Here is a complete blow-by-blow rundown of the incident as it played out before a global audience in complete disbelief:
AS IT HAPPENED: A MARINER MOMENT OF MADNESS
14:22: With Chelsea up 2-0 in the 15th minute they pressed again towards the Arsenal goal with Eden Hazard unleashing a shot that appeared headed into an open goal. Hazard’s sure goal was thwarted by a miraculous diving save not from Gunners goalkeeper Wojciech Szczesny, but from Alex Oxlade-Chamberlain.
14:37: As Jose Mourinho anticipated a booking on the sidelines with his arms spread wide-open like an eagle and John Terry and Ivanovic crowding around and the fans chanting “off-off” Marriner presses into his ear plug to hear what his team of officials had to say.
15:26 He pauses for a moment confers with his assistant again. But then Arsenal players are stunned as Marriner points Kierren Gibbs off the field instead of the rightful recipient of card, Oxlade-Chamberlain.
15:45 Gibbs can’t believe it and has what appear to be some heated words with Marriner as he exits the field while Oxlade-Chamberlain also approaches Marriner as to say “it was me, you got the wrong guy”.
16:22: Eden Hazard calmly strokes home the penalty kick to give Chelsea a 3-0 lead while most are still in disbelief over Marriner’s decision.

THE WRONG GUY AND MAKING SENSE OF THE CALL

In Marriner and his assistants’ defense, Gibbs was only a few feet from Oxlade-Chamberlain when he made his wonder-save.
Some could even add to an apology on the behalf of the embattled ref and say the two players are almost completely the same height with Gibbs at 5’10” and Oxlade-Chamberlain only an inch taller. But surely a team of professionals were capable of getting this one right?
Right?
The critics far outweigh the apologists though.
Former Liverpool striker Stan Colleymore and scores of others immediately accused Marriner of racism for confusing the two players who are both of tweeting “All look the same those mixed race boys” with his comments going viral on social media.
Lets hope there is no truth to Colleymore’s disturbing assessment of the incident, since the league has only just recovered from the troubling racially charged controversy surrounding referee Mark Clattenburg who was eventually cleared of charges of racism by Chelsea’s John Obi Mikel.
This isn’t the first time Marriner has found himself at the centre of controversy.
In weighing their decision on which league to assign Marriner to for the next game he works – 2nd Division?…Third Division? House league? Upper Class Twit Olympics? – we also need to remember that after hearing the protests of Arsenal players and even Oxlade-Chamberlain himself, Marriner should have had a second look at the incident and gotten it right.
The question remains why didn’t Marriner reconsider his decision and instead get it right before restarting play.
While the fate of this incident still remains uncertain how many votes Marriner will earn in our poll for worst referee with incumbent Howard Webb leading the way at last count:

FINAL RESULTS FOR WORST REFEREE IN THE ENGLISH PREMIER LEAGUE POLL (Final votes tabulated on May 20, 2014) 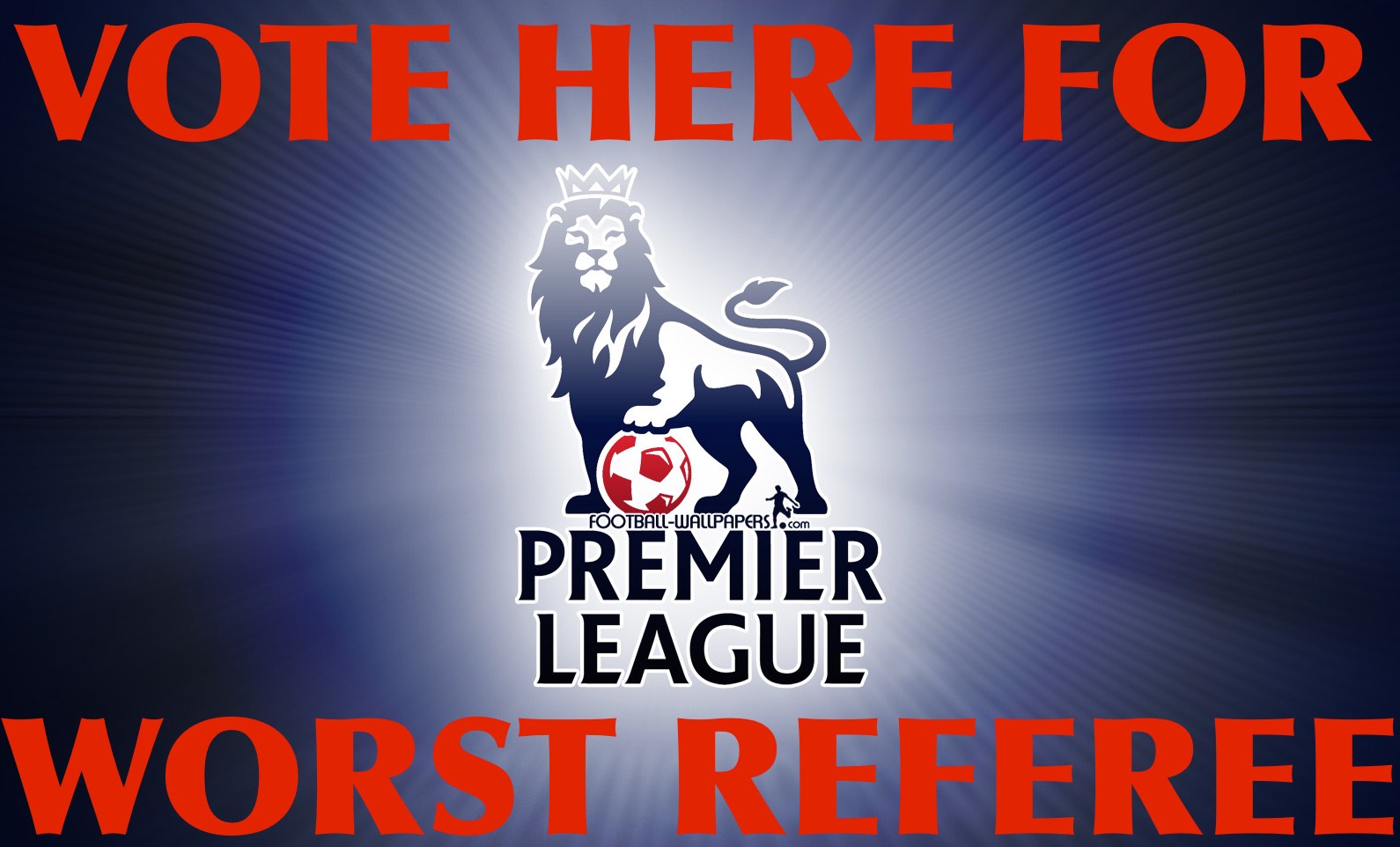 GET THE LATEST FROM REDCARDTHEREF
Final Voting results

Who is the worst referee at the FIFA 2014 World Cup?